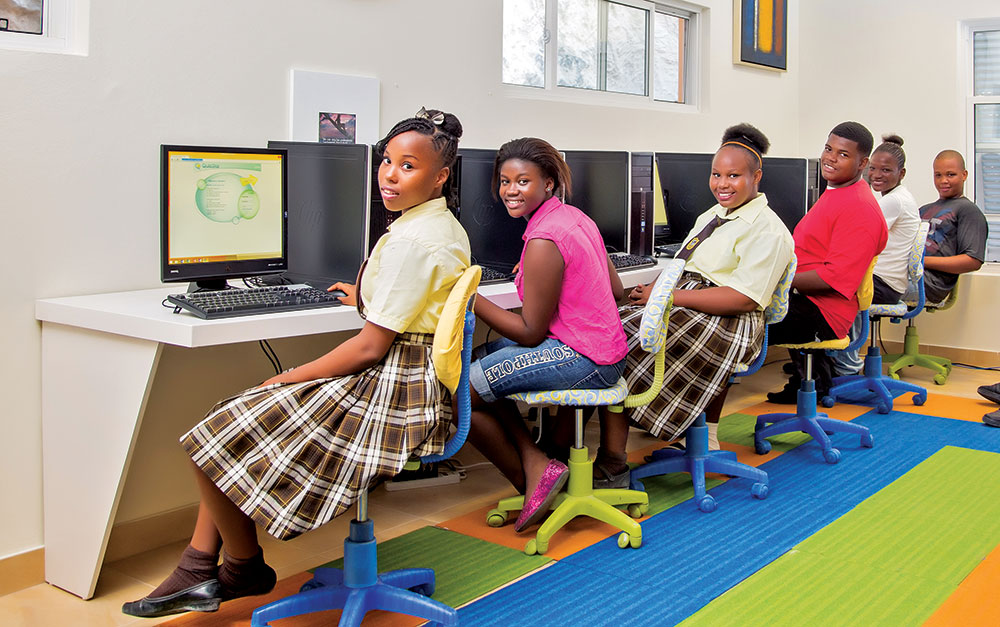 For the staff, supporters, founders, students and alumni of The Edward C. Gartland Youth Centre on Providenciales, November offered a happy opportunity to celebrate the program’s 10-year-anniversary.

Still, perhaps no one in attendance was more grateful to honor the occasion than former TCI Premier and local businessman Hon. Galmo Williams who recalled how the idea for the center grew out of a conversation with his friend Terry Drummey almost a decade before the Centre opened its doors.

Williams and Drummey, the owner of Hemingway’s Restaurant, were talking about the unmet needs of the island’s young people, and as they spoke, a vision began to form in their minds. What if Provo could launch a safe space where local kids could participate in after-school and weekend programs? What would that do for their lives? What would that do for the community as a whole?

The Edward C. Gartland Youth Centre (ECGYC) opened its doors on Nov. 8, 2008 as a project of the Turks and Caicos AIDS Awareness Foundation. Its mission: Offer young people between the ages of 12 and 18 a welcoming space to hang out, have fun and learn things. All its activities are free, and the Centre is funded entirely through private donations and annual fundraisers.

“We’ve had the privilege of seeing thousands of young people walk through our doors,” said Director Roxann Wake-Forbes, a psychologist who has been the backbone of the program for nearly nine years. “We could not be prouder.”

For Wisland Toussaint, who now works in the Human Resources Department at The Palms Resort, the Centre was a place where she could express herself without fear of judgment.

“The Youth Centre served as my safe-haven,” Toussaint said of her teen years. “This was where I figured out who Wisland was, or at least who Wisland wanted to be. This is where it all started for me.”

The Centre’s campus consists of six buildings with space for classrooms, computers and games, plus basketball and volleyball courts. It’s open weekdays from 2 p.m. to 6 p.m., and Saturday’s from 10 a.m. to 6 p.m.

There’s tutoring available every afternoon, plus clubs, volunteer projects, and classes, all taught by volunteers. Scheduling is flexible, and includes one-off workshops. The staff also partners with schools and private organizations for off-site lessons and activities. In the summer, the Centre hosts dozens of camps.

Most of the participants are boys, but the Centre is working to attract more teenage girls, like Roulanda Sejour, Ms. ECGYC 2018.

“When you hear the words ‘youth center,’ you think of a place where young people go to have fun and just hang out,” said Sejour, one of the program’s current participants. “Though this may be true, I personally think that the Youth Centre has become my home.”

For the men and women who worked to bring this vision from idea to reality, sentiments like those are a special kind of reward, but it’s the ongoing support of the Provo community that affirms what the Centre’s founders believed a decade ago.

“This is truly a community effort,” said Patrick Gartland, son of the Centre’s namesake and third founding member, longtime island visitor Edward Gartland. “(The community) makes the Youth Centre a possibility, and therefore a reality.”

There’s pride in having made a difference in so many young lives, but there are so many more Provo teens yet to be reached.

“Our work is not done,” says Wake-Forbes. “We are looking forward to the next ten years.”