by air and by sea, the interest is growing in the outer islands

While Grace Bay remains the primary engine of the Providenciales tourism industry, the popular destination no longer dominates the TCI real estate market as it once did. 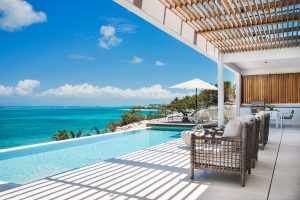 Beach Enclave, which launched on Provo’s northern shore in 2014, celebrated the welcoming of its first villa residents this winter.

In some respects, it’s a shift that’s been underway for years. Chalk Sound and Turtle Tail have long been solid Grace Bay alterna­tives on Provo, with other hot spots popping up across the islands.

But recent real estate trends suggest a steady broadening of the private home mar­ket, with more buyers now taking an interest in properties beyond traditionally popular areas. In general terms, the trend suggests both long-range confidence in the value of TCI property and a vote of confidence for the islands’ quality of life.

“Seven years ago I did practically all my business between Turtle Cove and Grace Bay,” said Joe Zahm of Turks and Caicos Sotheby’s International Realty. “Today people are taking boats to Parrot Cay or planes and ferries to South Caicos. Our world is branching out.” 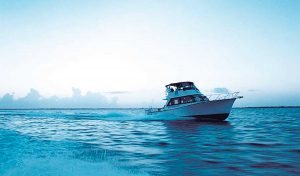 Guests travel in style for the 25 minute ride from Provienciales to the Parrot Cay.

Those branches run into two general di­rections: Filling in previously undervalued areas on Provo, or hopping blue water to less-developed islands in the chain.

On Provo, the trends over the past three or four years have emphasized luxury villas and a shift to the south, significantly expanding the map of the island’s desirable geography.

“Grace Bay is not the only modern, se­cure offering in Turks & Caicos, “Zahm said, rattling off a list that includes The Dunes, Beach Enclave, Blue Cay Estates and Wymara Villas. “As these villa devel­opments continue to expand, all of a sud­den people are more comfortable to be in other locations. They’re all great projects, and they’re growing.”

The Off-Provo trend is perhaps equally significant. Oliver’s Cove, an ultra-luxury villa on exclusive Parrot Cay, sold ear­lier this year for an eye-popping $27.45 million (photo above). The top-ranked resort is set to begin construction on a new cluster of villas, with prices starting at more than $5 million. 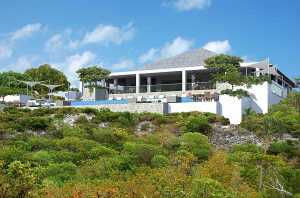 Villas at Great House, a low-density resort set on the southern portion of Sailrock Peninsula on the island of South Caicos, is set to open this winter.

Meanwhile, South Caicos has become another success story. “(The Sailrock development) is for people who really want to go back to the old Provo,” Zahm said, citing stunning beaches and that romantic “lost island” feel.

“We’ve been spoiled (on Grace Bay) with so many amenities and not a lot of traffic,” he said. “But people are out there looking for the next opportunity.”